In her October 13, 2019 Sun Sentinel article Pulled over with medical marijuana? What drivers should know in Florida, Marcia Heroux Pounds reports on Florida drivers with cannabis ID cards:

Don’t leave your Florida medical marijuana card at home. You may need it if pulled over by police when traveling, even with legally purchased pot from a state-licensed dispensary.

Drivers who have a state medical marijuana card may be a bit safer from trouble with the law, as long as they are not under the influence of marijuana, alcohol or other drugs while driving. But if there’s any indication that a driver may be “high,” the police could take action.

Florida’s legalization of hemp in July added a challenge for law enforcement on figuring out when to arrest a driver or seize a substance, because hemp can smell and look like cannabis, and also can be smoked. Police in Broward County use an on-the-road field test that can distinguish cannabis from hemp, but Palm Beach and Miami-Dade are not — opting to confiscate the substance and have it tested in a certified lab.

Here is what drivers need to know to protect themselves:

If stopped with a cannabis product in their car, medical marijuana patients must be able to produce a valid medical marijuana card. Refusing to show the card to police is a violation of the law —a second-degree misdemeanor.

If charged with a violation, know that you can’t be convicted if you can produce a Florida medical marijuana registry card that was valid at time of the charge, either before or at the time of the court appearance.

The consumer also must carry proof the medical marijuana was purchased from a Florida-licensed dispensary such as Trulieve or Curaleaf.

Florida law requires that patients keep the medical marijuana in the original packaging, as well as have the dispensary insert with product information and the recommended dosage.

Then if stopped by the police when you have a cannabis or hemp product in your car, just act normal. Acting nervous won’t help your cause, experts say.

“When transporting marijuana or hemp products and stopped for any reason by law enforcement, it’s important not to give them any reason to think you’re driving under the influence. Respond coherently, and if asked for medical marijuana card, driver’s license and registration, give it,” advises Drew Sarangoulis, a criminal lawyer for GrayRobinson law firm in Miami.

“The best practice is to keep the medical marijuana card on you at all times, especially when in possession [of cannabis],” he said.

When police stop a driver and observe a substance in the vehicle, the officer “has no ability to determine if it’s hemp or marijuana. They both look and smell the same,” said Roger Brown, founder of ACS Laboratory near Tampa, which conducts potency and other tests for about 25 law enforcement agencies in the state.

That’s because hemp and cannabis are both derived from the same plant.

Legal hemp should have under 0.3 percent THC or tetrahydrocannabinol, which means it is not a controlled substance. But anything higher is illegal. Cannabis typically contains between 2 percent and 30 percent THC, the chemical element that gives users a “high.”

If you are stopped by police while illegally in possession of cannabis, “don’t make any statements to police indicating the substance in question is marijuana,” Sarangoulis warns. Regardless, police may decide to seize the product for testing, if they have probable cause to believe you are under the influence — and don’t object to that, he recommends.

“Even if legitimately transporting or in legal possession of hemp, and the police have probable cause because of outside circumstances — you’re nervous, you have cash on hand — they can still seize that hemp to determine if it is indeed hemp,” Sarangoulis said.

Most South Florida law enforcement agencies say they are using an “odor-plus standard” to determine probable cause to search a vehicle. This approach requires officers to obtain evidence beyond what seems like the scent of marijuana.

But that other evidence is wide-ranging, including: a criminal record; police information about illegal activity; admission of possession of a controlled substance; conflicting statements, nervousness and lack of eye contact; destruction of the substance; drug paraphernalia, such as baggies, pipes, heat sealers, or scale; money in rubber-banded “quick-count bundles; or signs of impairment such as an irregular driving pattern, bloodshot or watery eyes or slurred speech, according to legal briefings by state attorney’s offices in Broward and Miami-Dade counties.

Police in Broward are using a new THC/hemp test kit from Zurich, Switzerland, designed to distinguish between marijuana and hemp, according to Sgt. Donald Prichard, spokesman for the Broward Sheriff’s Office.

When confiscated, a sample is only sent to a lab prior to a trial, or if the offense is trafficking in marijuana, Prichard said.

The Palm Beach Sheriff’s Office and other law enforcement agencies in the county deal don’t use a field test, but may send a confiscated sample to a lab.

“We will not be able to prosecute any marijuana or THC oil cases without a test from an accredited lab indicating that the THC content is over 0.3 percent,” says Elizabeth Neto, assistant state’s attorney in Palm Beach County, in a July 1 memo.

Miami-Dade State Attorney Katherine Fernandez Rundle has instructed law enforcement officers to seize suspected marijuana for a Drug Enforcement Administration-licensed lab test. “The State Attorney’s Office will need a laboratory test result that indicates that, in fact, the substance is illegal cannabis — as opposed to hemp — before filing formal charges in a case,” she said in an Aug. 5, 2019 memo.

While hemp became legal in Florida as of July 1, the state Department of Agriculture is still working on regulations on the testing standards and sale of cannabidiol/hemp products.

Lab operator Brown said he would never drive with a CBD/hemp product without its “certificate of analysis,” which can be downloaded from the manufacturer or from his lab site at ACSLabCannabis.com. Scan the QR code — the bar code on product or package — and the certificate for the product can be pulled up on your smart phone, he said.

The document will show the potency of the product, which should be under 0.3 percent, and provide other testing information.

“The certificate of an analysis allows you to provide information to the police officer,” he said. It also may serve as evidence if the police still confiscates the product or arrests you

› BE AWARE: New Breathalyzer Can Now Detect Levels of Marijuana

Here is what drivers need to do to protect themselves from impaired driving: If all common sense and protocols fail to guide the cannabis user, there’s the new DRUIDapp to self-test your level of impairment, if any, as noted in their Press Release:

The SBIR award to DRUIDapp, Inc. will provide funds for multiple studies of the efficacy of the DRUID® app to detect impairment. Using cognitive neuroscience, the DRUID® app scores a user’s performance on several tasks–presented like a video game. Impairment is assessed in reaction time, hand-eye coordination, time estimation, balance and the ability to do divided attention tasks—all important capacities for functioning in the workplace or when driving that can be impaired by alcohol, cannabis and other drugs.

The studies funded by this award will measure impairment in medical cannabis patients who use marijuana frequently, as well as impairment in infrequent users of cannabis.

Most drug testing involves the measurement of drugs of abuse in biological fluids such as blood, saliva, or breath (as in an alcohol breathalyzer). The DRUID® app is fundamentally different—it tests your brain instead.”

Despite the legalization of recreational cannabis use for adults in Massachusetts over a year ago, there is still no standard of measure or device to test people behind the wheel for marijuana intoxication. This presents a problem for law enforcement officers who don’t have the equivalent of a breathalyzer and the .08 blood alcohol content standard for cannabis use, and also for people who are concerned that they may be impaired and unsure if they should drive.

In response to this issue, Professor Michael Milburn, a professor of psychology at the University of Massachusetts Boston for almost 40 years, created and funded an app called DRUID (DRiving Under the Influence of Drugs) to help users to assess their own levels of impairment and potentially help law enforcement officers and employers test impairment as well. “‘I think I’m okay,’ in the pre-DRUID era was the best you could do,” said Milburn.

The Centers for Disease Control and Prevention (CDC) reports that drugs and alcohol interfere with the brain’s ability to function properly. Driving while impaired by any substance is dangerous.

DRUID, which can be downloaded by iPhone and Android users for $0.99, consists of a series of tests that Milburn chose based on driving impairment literature. Users have five minutes to complete four tests that test for reaction time, divided attention, decision making, and balance.

Milburn said that the app is best used by establishing a personal baseline by completing the tests once a day. “Start your day with DRUID,” Milburn said is one of the app’s taglines.

According to the CDC, marijuana can slow reaction time and one’s ability to make decisions in addition to impairing coordination and distorting perception, which are all important aspects of driving. The problem is that there is no accurate roadside test for THC (Tetrahydrocannabinol) levels in the body.

In July of last year, the National Highway Traffic Safety Administration (NHTSA) published a report for Congress on marijuana-impaired driving that described the current process for assessing if someone is driving under the influence of cannabis. If a law enforcement officer stops a driver for inappropriate driving and then suspects that the driver is impaired, the officer can perform a Standardized Field Sobriety Test and test a breath sample for blood alcohol content. If the driver’s BAC test doesn’t match up with the observed level of impairment, the officer can ask a Drug Recognition Expert to help evaluate the suspect or ask for a sample to be analyzed by a toxicology lab.

Despite those tests, there is no universally accepted limit of THC in blood for operating a motor vehicle. In Colorado and Washington there is a legal limit of five nanograms of active THC in the blood for drivers, but because THC is fat soluble that measure may not be an accurate way to test impairment, Milburn said. The NHTSA report concludes that there is no clear correspondence between the THC levels in the blood of an individual, the performance of that individual when compared to a baseline, or that person’s subjective feeling of being high.

According to preliminary data, a score of 55-58 on the DRUID app is the average level of impairment for someone with a blood alcohol level of .08, so anything above 55 is impaired. Milburn did mention that the tests take a little getting used to, so it is not uncommon for initial scores to be at an “impaired” level.

“DRUID is a tool, and like any other tool you have to practice with it in order to use it effectively. I want to stop impaired people from getting on the road in the first place,” Milburn said. “And build responsible drug use.”” 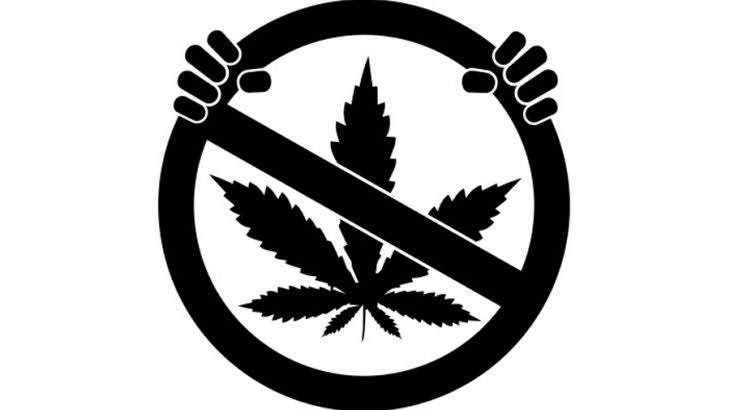