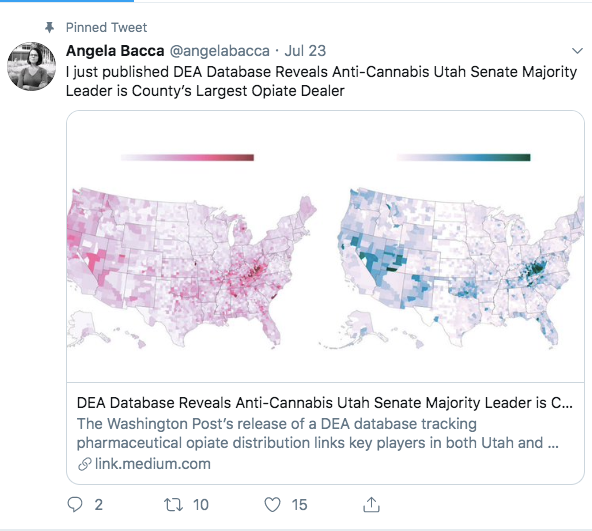 New Stats About Opiates Made Public

Recently, the Washington Post released a trove of federal data related to the distribution of pharmaceutical opiates across the country. Specifically, the searchable database tracks who is selling opiates and how much they’re selling.

The stats unveil a number of problematic trends. For starters, the database shows that the country’s pharmaceutical companies have sold 76 billion oxycodone and hydrocodone pills between 2006 and 2012. During that same time period, roughly 100,000 people have died from complications related to opiates and opiate addiction.

Additionally, the publication of the database has spurred in-depth searches and analyses, one of which found that Utah Senate Majority Leader—and top anti-cannabis lawmaker—Evan Vickers is one of the state’s biggest sellers of opiates.

As a result, legalization advocates are calling foul. And some of Utah’s top activists are demanding that Vickers recuse himself from all legislation related to marijuana.

“When we saw the outrageous numbers of opiates that Vickers is dispensing, it was alarming to all of us,” Christine Stenquist, Founder and Executive Director of Together for Responsible Use and Cannabis Education (TRUCE), told High Times. “Even more alarming is that this man is trying to prohibit cannabis from coming into the state. And we’ve seen in states where there is cannabis, that there’s a decline in pharmaceuticals, especially opiates.”

According to researcher and writer Angela Bacca, Vickers, who owns a chain of pharmacies in southern Utah, distributes 34 percent of all opiates in Utah’s rural Iron County. Vickers’ two Cedar City pharmacies sell even more opiates than massive national chains like Wal-Mart.

For many medical marijuana advocates in Utah, the sheer number of opiates sold by Vickers is alarming enough. But to make things even worse, it turns out that Vickers has been a leading voice in the fight against medical marijuana in Utah.

Specifically, he was the sponsor of the controversial H.B. 3001. This medical marijuana bill was rammed through in a special legislative session in December 2018, just two days after a voter-approved initiative went into effect. 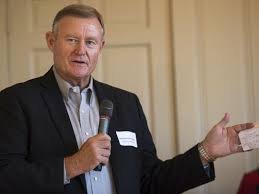