A sixth religious group in Canada has been granted an exemption to use the hallucinogenic tea, known for causing visions and vomiting, as part of its ceremonies.

A church in Winnipeg, Manitoba just became the latest to get a government exemption to legally import and use daime tea, known as ayahuasca, VICE News has learned.

The Centre for Universal Illumination Luz Divina is part of a growing number of religious groups with special permission to use ayahuasca, as advocates and scientists continue to push for more research into the potential benefits of the substance—and the decriminalization of all psychedelics.

To date, Health Canada has granted six federal exemptions for churches in Montreal, Toronto, and Winnipeg to allow them to import and use ayahuasca, a tea brewed from plants from South America containing harmaline and dimethyltryptamine, otherwise known as DMT, which is banned in the U.S. and Canada. The brew has been used for centuries in healing ceremonies in Central and South America, and its effects can last several hours and include visions and vomiting.

In an email, Health Canada spokesperson Maryse Durette told VICE News exemptions are issued after a “comprehensive assessment” that ensures the “risk of diversion and any other health risks” is minimized.

The Winnipeg church received support for their Health Canada exemption application from Jessica Rochester, the founder of the Ceu do Montreal, which uses ayahuasca, referred to as “the sacrament” in its ceremonies according to the tenets of the Brazilian religion Santo Daime. The mission of her church, founded in 1996, is to “provide for transformation and evolution of all persons seeking enlightenment,” according to its website. 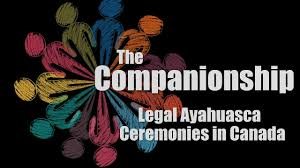