A group of progressive candidates that might hold the balance of power in the Victorian upper house have vowed to push for cannabis decriminalisation despite premier Daniel Andrews refusing to budge on the issue.

While the Legalise Cannabis party said it was too early to “count their eggs”, preliminary projections suggest they are in the running to win three upper house seats – but it is promising to push “forcefully” on drug reform if elected.

Currently, Labor looks likely to pick up about 15 upper house seats, meaning the government will need six other MPs to pass laws.

Legalise Cannabis would probably be supported by the Greens, who support decriminalisation. The Animal Justice party, who are waiting to see if it will secure a seat, also wants decriminalisation, while the Reason party’s leader, Fiona Patten, who is currently in a tight race with former Labor powerbroker Adem Somyurek, has also voiced support for it.

Craig Ellis, secretary of Legalise Cannabis, said if any of its candidates were elected they would “forcefully” push for legalisation.

“If we are in a position to be able to get anything done, we will forcefully press the case for legalisation,” he said.

“I want to make it really clear decriminalisation is not [just] an option.

“It’s much too early to think about tactics, but we’ll have a close look at our strategy.” 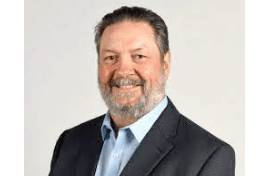