Three children have been discovered tending to a cannabis farm after being trafficked into the UK from Vietnam, police have said.

The three, aged 15 to 17, were rescued on 14 October from a property on Livsey Street, Rochdale.

Greater Manchester Police said they were found living in “squalid conditions” and had been made to work at the farm for months.

Officers believe they had been forbidden from leaving.

Police said “measures were put in place” to make sure they were “unable to leave the premises in case they raised any suspicions”.

The children are now being cared for by social services, a police spokesman said.

He added no arrests had been made but officers were searching for “those responsible for producing the cannabis farm and exploiting the three children”. 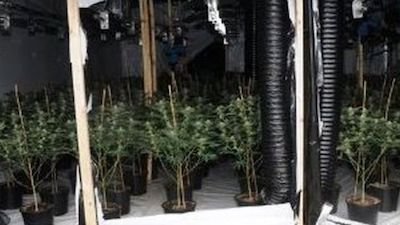