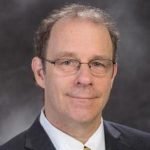 Under a new policy announced by the Northam Administration, the Commonwealth of Virginia will soon officially authorize hemp processors to produce hemp extracts for human consumption.

For months, Virginia hemp farmers and processors have been operating under a cloud of regulatory uncertainty despite the enactment of legislation last March authorizing commercial hemp production, including extracts, in Virginia.

On July 16, the Virginia Department of Agriculture and Consumer Services (VDACS) announced that Governor Northan has directed VDACS “to treat hemp-derived extracts intended for human consumption as approved food additives and to place qualifying Registered Industrial Hemp Processors under food safety inspection so that inspected and approved processors may manufacture a hemp-derived extract intended for human consumption.”

On May 16, VDACS had informed Virginia hemp processors that they would not be permitted to process hemp extracts from hemp for human consumption under the VDACS Hemp Processor Registration system set up under the recent legislation. In response, the VIHC and hemp stakeholders across the state reached out to the Virginia Board of Agriculture and Consumer Services (the Board), requesting that the Department change its policy to allow commercial hemp extract processing. I addressed a meeting of the Board on May 23, requesting that they undertake a rulemaking which would clarify the rules and reassure the public about the safety of these hemp extracts from a public health perspective. We think that can be accomplished with a rule that provides for inspections, testing, and the same kinds of Good Manufacturing Practices that are required for all food production in the Commonwealth.

More recently, in a signing ceremony for the hemp bill, hemp advocates from the VIHC, including Jason Amatucci, Executive Director of the VIHC, urged Governor Northam to direct VDACS to authorize the processing of hemp extracts for human consumption.

The Administration heard this message loud and clear.

The resulting July 16 letter from VDACS to hemp processors acknowledges the concerns raised by hemp farmers and processors. “Many of you understandably expressed concern and frustration over VDACS’s advisement. Not only did I hear your concerns, but Governor Northam heard your concerns. In light of what may be a lengthy federal process regarding hemp-derived extracts, the Northam Administration is providing proactive leadership by authorizing VDACS to join those states who have begun to address product quality and consumer safety concerns through the regulation of hemp products intended for human consumption while supporting the responsible development of a burgeoning industry,” wrote Commissioner of Agriculture Jewel H. Bronaugh.

The “lengthy federal process” referenced by the Commissioner is the FDA’s ongoing evaluation of how to regulate cannabis extracts, including CBD extracts from hemp, in interstate commerce – a process expected to take perhaps years, according to the FDA. Hemp stakeholders and others have asked the FDA to provide an interim rule in the meantime allowing for, among other things, lawful interstate commerce in CBD products and hemp extracts.

But many states have opted not to wait around for federal regulatory action and have authorized the production of hemp extracts in the wake of federal legislation (the “Farm Bill”) signed into law last December authorizing the commercial production of hemp products, including hemp extracts. Virginia now joins those states in providing an important boost for the nascent and struggling hemp industry in the U.S.

Sam Johnston is an attorney practicing in cannabis and hemp law, IP, environmental law, and business matters. He has an extensive background from his environmental practice in administrative procedures and has advocated before local administrative bodies tasked with awarding permits and licenses. Mr. Johnston is familiar with organizational formation and governance and serves as General Counsel to the Virginia Industrial Hemp Coalition. He is a member of the Hemp Industries Association and has previously served on the NORML Legal Committee. 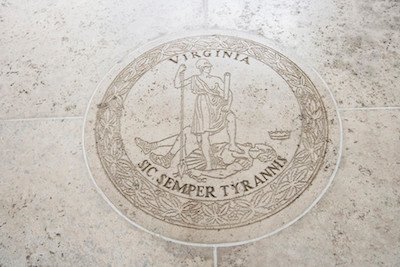