As marijuana legalization continues to sweep through the nation, Virginia is poised to become the first southern state to legalize adult use of marijuana.

On March 31, Governor Ralph Northam (D) announced a series of amendments to Virginia’s legislation to legalize adult-use marijuana, most notably including the legalization of adult possession of up to one ounce of cannabis beginning July 1, 2021. On Wednesday, April 7 the Virginia General Assembly will take the final votes on this year’s efforts to legalize marijuana.

The process of legalizing marijuana by a statewide ballot referendum is not available in Virginia thus advocates have waited for the political stars to align. After the conclusion of several studies in 2020 to determine potential paths forward on equitable legalization, Governor Northam announced his support for legalizing adult-use marijuana in Virginia in November of 2020.

Following the regular legislative session that concluded on March 1, Governor Northam had approximately 30 days to propose amendments, sign, or veto the legislation. The legislation has gone through many iterations during the legislative process with roughly five amendments coming from the governor to be considered at veto session on April 7.

Key provisions of the legislation currently include:

Governor Northam included in his amendments language to authorize the newly formed Cannabis Control Authority to revoke a license if they interfere with union organizing efforts, fail to pay prevailing wage, or classify more than 10 percent of employees as independent contractors.

Even with passage in 2021, many of the key provisions listed in the legislation will require re-enactment during the 2022 General Assembly Session, in other words, certain provisions of the bill must be passed again. If the governor’s amendments are accepted, Virginia would legalize simple possession starting July 1, 2021, while retail sales of adult-use marijuana would come on board on January 1, 2024, pending re-enactment of the necessary provisions.

DISCLAIMER: Cannabis is still classified as a Schedule I controlled substance by the U.S. Drug Enforcement Agency, and as such it remains a federal crime to grow, sell, and/or use cannabis. Any content contained herein is not intended to provide legal advice to assist with violation of any state or federal law. 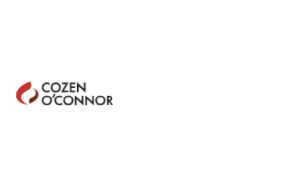