~ Slate of priorities includes measures he has advocated for years and additional steps to reduce brutality and abuses of authority, and increase transparency, accountability, justice, and equality ~Says the release

RICHMOND (August 11, 2020)—Ahead of the upcoming special session of the General Assembly, Attorney General Mark R. Herring today outlined his priorities for criminal justice and policing reforms that will reduce brutality and abuses of power by law enforcement, increase transparency, accountability, justice, and equality, and address disparities throughout the criminal justice system from policing to re-entry.

“Virginia cannot have different systems and standards of justice depending on the color of a person’s skin,” said Attorney General Mark Herring. “Ours must be a Commonwealth where justice, equality and opportunity are guaranteed for each and every person, no matter where they live, what they look like, how they worship, who they love, or how much money they have.

“We know that African-Americans and Virginians of color experience the criminal justice system differently at every level from policing through prosecution and into re-entry. It is documented and undeniable. That’s a hard thing to admit, but it’s even harder to experience. It means that we are failing in one of our most foundational responsibilities as a country and a Commonwealth: to ensure that all men and women are truly treated equal.

“This moment has given us an opportunity like none I can recall in my lifetime to truly focus on how we create a criminal justice system that meets our public safety goals in a way that ensures justice and equality for all. Those of us who have been frustrated by the pace of change in previous years now have the benefit of open minds and a broader recognition of the change that is needed in this country to ensure that Black lives matter, and that the criminal justice system is oriented around justice and safety, not simply control or oppression.”

In the upcoming special session, Attorney General Herring will be supporting the following measures:

“For many months now, I have been waiting for a response from the Trump Administration’s Department of Justice to my request for an independent investigation into one of my local police departments. But for the return receipt requested signature card, I didn’t even receive an acknowledgement to my letter. If the federal government isn’t going to provide this oversight when police departments may be violating citizen’s rights, then there needs to be a state backstop that can conduct these necessary investigations. It is for these reasons, I will introduce a bill in the Special Session of the General Assembly to enable the Attorney General of Virginia to conduct “patterns and practices investigations of local police departments,” said Senator Louise Lucas.

“Since 2017 the Trump Administration’s DOJ has refused to address systemic failures and investigate possible unconstitutional practices in law enforcement agencies. With that in mind, the Attorney General needs to have the authority to investigate and resolve patterns or practices of unconstitutional policing, such as use of excessive force, illegal searches, or biased policing,” stated Delegate Alfonso Lopez. “This legislation finally gives the Attorney General the authority to investigate, subpoena, and bring appropriate actions in court to ensure compliance with constitutional policing standards.”

In the area of police reform, Attorney General Herring will be actively working to ensure passage of the following bills and policies:

Enable the Attorney General of Virginia to conduct “pattern and practice” investigations of law enforcement agencies to identify and put a stop to unconstitutional practices, such as patterns of excessive force, illegal searches, biased policing, or other unconstitutional practices. For decades the U.S. Department of Justice was a reliable partner in identifying and ending unconstitutional policing practices, often through negotiated agreements for reforms, called “consent decrees,” in cities such as Chicago, Baltimore, and Ferguson, MO. Under the Trump Administration the DOJ has explicitly walked away from this responsibility, making it more important for state attorneys general to have this important tool. In June, Attorney General Herring asked Congress to expand federal law to give him and other state attorneys general clear statutory authority to conduct patterns and practice investigations. The U.S House of Representatives included this authority in the “George Floyd Justice in Policing Act” which passed the House on June 25, 2020.

Modernize, standardize, and elevate the rigor of police training to include mandatory training on implicit bias, racial bias, crisis intervention, de-escalation, hate crimes, violence interruption, and other 21st century policing skills. Because of the immense power placed in the hands of law enforcement officers, the Commonwealth must treat the law enforcement profession as a highly-skilled and specialized field that requires both proper training and high standards.

Make it easier to remove bad officers from the law enforcement profession. The Commonwealth should hold its law enforcement officers to the highest standards because they are empowered to make life-and-death decisions and other serious decisions that could dramatically affect the life of a Virginian. Virginia must therefore ensure that it removes from the profession any individuals who prove themselves unworthy or incapable of bearing such responsibility.

Attorney General Herring will also be working for the passage of the following bills and policies to strengthen our communities and reduce racial and economic disparities through reform of Virginia’s criminal justice system:

In addition to these policing and criminal justice reform priorities, Attorney General Herring supports measures that require officers to deescalate situations, and to better utilize specialized resources instead of police officers to respond to non-public safety situations, such as addiction, a person experiencing homelessness, or a mental health crisis. 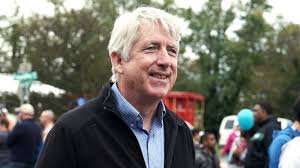