WA to introduce new drug and drink driving penalties from 1 July 2021 – What Is A PolyDrug Offence?

As of 1 July 2021, the State Government’s new Road Traffic Amendment (Impaired Driving and Penalties) Act 2019 is coming into effect.

WHAT IS A POLYDRUG OFFENCE?

WHAT IS DRUG DRIVING?

A person who drives or attempts to drive a motor vehicle while under the influence of drugs to such an extent as to be incapable of having proper control of the vehicle commits an offence.

The legislation differentiates between a driver who has certain listed illicit drugs present in their system and driving while impaired by drugs generally.

If a person is found to be driving with certain illicit drugs in their system, there is no need for the prosecution to demonstrate that they were “incapable of having proper control of the vehicle” or a similar element. It is sufficient that the illicit drug or drugs were detected. Currently, the list of illicit drugs for this offence are, tetrahydrocannabinol (THC/cannabis), methylamphetamine and MDMA. It is not clear if the state government will be updating this list when the new road traffic legislation comes into effect on 1 July 2021.

The offence of driving while impaired by drugs has a much broader definition of “drugs” and includes lawful prescription medication. To be convicted of this type of offence a person must have driven a vehicle with one or more drugs present in their system to the extent that they were incapable of having proper control of the vehicle: or

It is a defence to this type of offence if the drug was administered by a medical practitioner or nurse and the person charged could not reasonably have been expected to be aware that the drug was likely to affect their driving. In these circumstances, it may be relevant if the packaging did not include a label advising that the drug would effect driving.

WHAT ABOUT MEDICINAL CANNABIS?

WHAT ELSE IS CHANGING?

Certain other changes to the law are also coming into effect as of 1 July 2021, this includes allowing a police officer to immediately prohibit a driver who tests positive to the presence of THC, methylamphetamine and MDMA at the roadside from driving for the next 24 hours (this is in addition to any other penalties that they might face).

WHAT ARE THE NEW DRINK DRIVING PENALTIES?

The new legislation is also increasing the penalties for drink driving, key new penalties are as follows-

For driving with a blood alcohol content of or above 0.05 but below 0.08 for a first offence a person is liable for a fine of up to $1250. Penalties for second or subsequent offences against this section are set out in the below table.

Penalties for driving with a blood alcohol content of or above 0.08 are set out in the below table 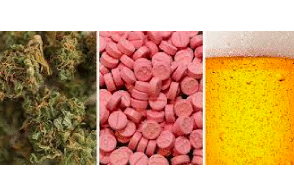