WAKE UP CALIFORNIA!, On February 14th the Los Angeles Times published an article by Joe Mozingo entitled “Cannabis Farm Was a Model for California’s Legal Industry”. Then Came a Sheriff’s Raid.” The article suggests the law enforcement officers who executed the search warrant were surprised by extent of the criminal activity at this “model” cannabis farm. Wake up California! Wake up Santa Barbara County!

The article provides interesting background relating to the explosion of Santa Barbara County’s cannabis industry as well as the development of this particular farm. The article describes how Santa Barbara County jumped into the “Rush for the Green” with both feet and great enthusiasm. The article also suggests it is a surprise to some – perhaps many – that this “model” cannabis farm is a multi-million-dollar criminal conspiracy.

It has been less than eight years since the DEA, the Criminal Investigation Division of IRS, and the Office of the U.S. Marshall executed search warrants secured by the U.S. Attorney for the Northern District of California on eight different locations in Oakland that were associated with Oaksterdam University and its founder, Richard Lee. In the raid on Oaksterdam on April 2, 2012, the federal government simultaneously seized every cannabis plant; every item of electronic equipment; every business record; and every safe along with contents from each of eight locations located in Oakland that were associated with Richard Lee and Oaksterdam.

How times have changed. The U.S. Attorney General now has bigger fish to fry, or to protect, depending on your political persuasion. Washington, D.C. will allow California to wallow in the mess it has made of its cannabis industry. Any association with the mess California has made of cannabis legalization has immense political downside and little, if any, political upside.

A substantial majority of Californians agree that the roll-out of cannabis regulation cannabis is an unmitigated disaster. It is virtually impossible to find a rational person who does not agree that California made many errors in implementing regulation. There is a diversity of opinion on the reasons for the disaster but almost unanimous agreement on the disaster. The Santa Barbara situation described in the article is merely one of thousands of such symptoms that exist throughout California.

We were surprised by Joe Mozingo’s article, but for different reasons than those expressed in the article. We were surprised it took the execution of a search warrant by the Santa Barbara County Sheriff to “discover” this “model” operation is a multi-million-dollar criminal conspiracy. Anyone who knows anything about California’s cannabis industry knows that criminal conduct permeates every level and every facet of the industry.

Santa Barbara County very likely produces more cannabis at this date than any other county. What did Santa Barbara County think the cultivators would do with this production capacity? Santa Barbara County has licensed 275 acres of canopy according to Joe Mozingo’s article. The bulk of this acreage can produce multiple crops each year. The article indicates these growers are doing precisely what Santa Barbara expected them to do – produce tons of cannabis.

Santa Barbara growers are producing tens of millions of dollars-worth of cannabis. They are reporting and paying taxes on a significant portion. The same article, however, indicates a far larger portion of this production is not being reported. Of greater significance, it appears likely a substantial number of cannabis growers in Santa Barbara are engaged in tax evasion – conduct that may even rise to the level of criminal tax evasion.

One should not be harsh in one’s criticism of Santa Barbara County’s complicity. Carpenteria may smell like skunk, but the County collected $9.6M in taxes on cannabis that it did not have before it created this economic boom. The County very likely picked up a comparable amount of additional revenue in increases in real property taxes. The County receives approximately $1,500 of revenue for each Carpenteria resident who is suffers from the smell. The County also benefits from the increase in commercial activity.

Santa Barbara County differs from many other areas in California solely because it took a bigger and faster leap into California’s cannabis industry. Throughout California cities and counties have sought to take advantage of the economic opportunity that many perceived was created by Proposition 64. In the long-term Santa Barbara County may prove to be the County that most benefits from the “Rush for the Green.” It will be a number of years before the final results will be known.

California is entering its 3rd year of a regulated and taxed legal market. Presumably most of the 275 acres that Santa Barbara has licensed are also licensed by CalCannabis? CalCannabis and BCC should know how much cannabis can be produced by this acreage, although it is far more important that CDTFA know how much is being produced. CDTFA is the agency that collects Cannabis Cultivation Tax (“CCT”), Cannabis Excise Tax (“CET”), as well as Sales Tax and California income tax.

The principal reason for this article is our surprise at the questions that Joe Mozingo did not ask. Where is CalCannabis? Where is the Bureau of Cannabis Control (“BCC”)? Where is the California Department of Tax and Fee Administration (“CDTFA”)? Where is Governor Newsom? Where is Xavier Becerra, California’s Attorney General? Why did California’s roll-out of regulation prove to be such a disaster? Could this disaster have been avoided? What can be done after 2+ years of bureaucratic ineptitude?

This disaster could not have been wholly avoided. Proposition 64 was ill-conceived and poorly drafted. We have previously written on this topic. [See Reboot in 2020!, and Implementing Proposition 64 : Marijuana Policy in California ] The California Legislature and the administrative agencies it tasked with the regulation of this industry bear the principal responsibility for the disastrous roll-out of regulation. We have earlier commented on many of these issues. [See Greed and Cannabis, Major Cannabis Tremors! and IRC Sec. 280E Insanity].

Many points to unfair taxes on cannabis as a cause of problems for the industry. Complaints regarding taxes that are too high or that are unfair is a red herring. Consumers pay all taxes imposed on the movement of cannabis from cultivators to consumers. Even the income taxes imposed on the businesses involved in the movement of cannabis from the cultivator to a retail sale are collected from the consumer in the purchase price. It is the management of taxes that presents the challenge for a cannabis business not the rate of tax or the unfairness of its imposition.

Governor Newsom already knows some of the changes that must be made in order to bring California’s commercial cannabis industry under regulatory control. He has included first steps in his proposed budget. However, there will always be many not-wholly-compliant commercial cannabis businesses until the profitability from a lack of complete compliance with the law does not outweigh the risks associated with the non-compliance.

This is the first of a series of articles we intend to publish relating to the management of taxes in California’s cannabis industry which is the key to making money in wholly compliant cannabis businesses in California. 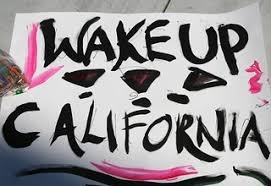