The Washington State Liquor and Cannabis Board (WSLCB) has announced that it will open the social equity retail license application window on March 1, 2023. The application window will remain open for 30 days and 44 total retail licenses will be distributed. The WSLCB has provided a checklist to assist applicants who want to apply. In addition, the WSLCB is hosting several webinars on January 24, 2023 and January 28, 2023. This is a major development as Washington does not issue new cannabis licenses and this is a rare opportunity to apply for a license rather than purchasing one from an existing operator.

In order to qualify as a social equity applicant, at least a 51% majority or a controlling interest in the applicant must be held by a person or persons (meaning actual human beings not business entities) who have lived in state for the previous six months to the application date and meet at least two of the following qualifications:

The WSLCB has made the social equity application scoring rubric available here.

Earlier this week, the WSLCB took another important step forward in its social equity licensing plan by releasing the map of disproportionately impacted areas (DIA) in the state. The WSLCB rules define DIA as follows:

“Disproportionately impacted area (DIA)” means a census tract within Washington state where community members were more likely to be impacted by the war on drugs. These areas are determined using a standardized statistical equation to identify areas of high unemployment, low income, and demographic indicators consistent with populations most impacted by the war on drugs, including areas with higher rates of arrest for drug charges. The [WSLCB] will provide maps to identify disproportionately impacted areas. The maps will reflect census tracts from different time periods to account for gentrification.

If you are unfamiliar with Washington’s social equity program, I recommend reviewing a set of FAQs we drafted a few months ago. In summary, when Washington first legalized recreational cannabis in 2012, it did not establish any type of priority for applicants from communities disproportionately impacted by the War on Drugs. In recent years, many states have adopted licensing models that do prioritize social equity. Washington lawmakers have attempted to do just that and the WSLCB has issued rules regarding the same.

Washington cannabis retail licenses are issued to a jurisdiction, meaning they are tied to a city or county. The WSLCB does not have the ability to issue new licenses so it will instead reissue certain retail cannabis licenses in the counties in which they were originally issued. Compared to standard retail licenses, the social equity licenses will not be tied to a specific city, though they are tied to a county. The WSLCB provides a map of the social equity licenses available by county here.

Those interested in applying for a social equity license can now use this DIA map to determine if they lived in a DIA. The WSLCB website contains instructions on how to use the DIA map. If you have additional questions about the application process or qualifications, feel free to contact the firm Green Light Law Group and to set-up an initial consultation. If you are interested in obtaining a retail license as part of the social equity program, start preparing now so you’ll be ready March 1, 2023! 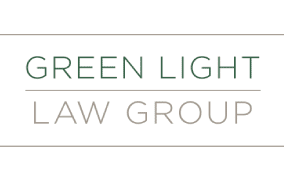