As any farmer knows, planting season waits for no one. Washington state lawmakers are showing they understand this as well.

While other states have moved more aggressively to encourage commercial hemp, Washington’s total hemp crop in 2018 was less than 150 acres, all grown by the Confederated Colville tribes northwest of Spokane. Lawmakers in Olympia are determined that 2019 will be better — Hector Castro, Director of Communications for the Washington State Department of Agriculture recently stated, “It makes sense to assist farmers to get seeds in the ground this season.”

Legislative changes have been proposed to harmonize Washington’s hemp laws with the federal government’s 2018 Farm Bill. A legislative fix is necessary for hemp-derived CBD sales and for out-of-state hemp export.

The Washington State Department of Agriculture is also stepping up to the hemp table and considering two rulemaking changes that would benefit the industry. If successful, these rule changes would allow hemp to be grown within four miles of marijuana cultivation, and  remove the requirement that hemp farmers get permission from the DEA before importing hemp seeds.

One open issue is how to pay for the hemp-licensing program that is compliant with the 2018 Farm Bill. The program is predicted to cost just over $200,000 annually. If that cost is passed on to farmers instead of being funded by the state budget, the current $300/year hemp license fee could increase dramatically, and undercut the momentum that Olympia is trying to build.

Peter Becker is an experienced trademark, copyright and domains attorney with experience developing and implementing global strategies and IP portfolios for billion-dollar brands, including Microsoft and Amazon. 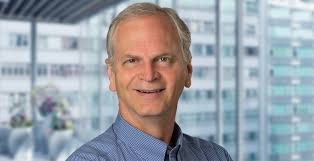