Here’s the introduction read all the Q&A’s at https://plantmedicinehealing.org/peyote-and-decriminalization-webinar-qa/?mc_cid=49d709df47&mc_eid=97f9df24b6

Because there were more than 200 questions asked during the webinar, we combined many of them and answered as much as possible. We focused our answers primarily on the U.S. issues as this is where the Decriminalization efforts this Webinar was addressing take place.

Tap here to watch the recording and visitwww.IPCI.Life to learn more.

ON CONSERVATION AND CULTIVATION

What is Peyote conservation?

Who is working to conserve Peyote?

Concerted, on the ground conservation work in the United States has not been conducted by any organization prior to IPCI. Only in recent years have NAC organizations received philanthropic support for conservation work, at which time NAC Leadership decided to form IPCI. Other partners, besides Native American Church members, include ranchers and land owners, scientists and other allies. There are other indigenous organizations now working on conservation both in the US and Mexico. Some examples are Sia as the Comanche Native American Church and Wixratica youth organization ‘Hablamos del Hikori’. All wild Peyote in the US grows on private ranch lands in south Texas, making conservation work dependent on establishing relationships built on trust and respect with the ranching community. Similarly, conservation in Mexico requires partnering with ranchers.

What are IPCIs strategies for protecting natural Peyote habitat while increasing the growth of Peyote in both its natural environment and in planned/managed environments?

There are many dynamic conservation strategies ranging from short to long term, and depending on region (US or Mexico).One major conservation issue is improper harvesting techniques. When cut properly and at maturity, the cactus is able to regrow ‘pups’ from the mother root. If cut too early, or too deep it will not. IPCI supports community-led educational programs for proper (spiritual & ecological) harvest. IPCI is also committed to educating and supporting landowners and managers in proper harvest & repopulation strategies.

●  Cultivation led by individual chapters, tribal programs and/or churches, and conservation projects such as IPCI, focus on replanting in native habitat (repopulation). This year, IPCI’s fourth year since formation, the first nursery construction is complete in S. Texas and an inaugural sowing of seeds for replanting is underway. The Comanche via the Sia project have also purchased land where they plan to cultivate.Establishing and nourishing reciprocal relationships between ranchers and Peyote communities to support a return to Indigenous ways of harvest, including pilgrimage as well as ecological and spiritual harvest for those who cannot do pilgrimage.

●  Removing monetary exchange from the supply, demand, and access to medicine so that money will not drive poor practices. The harvest, distribution and replanting programs of IPCI are all not for profit, and do not involve any sales of medicine.

●  Supporting Indigenous medicine sovereignty through advocating for Indigenous peoples to be the medicine regulators, or at the very least, primary stakeholders in regulation, legislative, conservation, and other decision making around their medicine.

●  Preserving traditional knowledge about all aspects of Peyote way of life.

●  Building respectful and collaborative relationships with Government and Community Allies in service of Indigenous medicine sovereignty.

●  Community engagement in Indian Country through education around conservation issues.

●  Supporting NAC Chapters, youth groups, and families to practice culturally appropriate conservation education and cultivation at home or in the gardens, supported by Regional Conservationists.

How will IPCI ensure Peyote numbers don’t decline for the indigenous communities of Mexico and Texas during the intervening years?

See above. Key to this, is respecting leadership from those local and traditional indigenous communities themselves, and directly supporting their conservation methods and interests, wishes, concerns and approaches. There are currently many pressures on wild Peyote populations in both south Texas and Mexico in addition to survival pressures on all Peyote cultures. The pressures and issues are similar, but differ slightly between Mexico and Texas, as does the law. In the United States, the only native habitat is in south Texas and until recently all Peyote that was legally sold was tracked and documented by the Texas Department of Public Health. Those numbers have risen to about 2.5 million buttons per year in higher years. This of course is not including poached medicine or medicine destroyed in land management practices such as agriculture or energy production. In Mexico, there is a much larger native habitat, but the traditional and sacred pilgrimage areas in San Luis Potosi are threatened by land management practices, agriculture, mining, and Peyote tourism.

What is IPCI doing to decrease current consumption levels to prevent extinction in the wild?

See above, and IPCI is working on collaborative community engagement and education that support NAC members to practice conservation strategies at home and in their methods of procuring medicine. IPCI does this work through Regional Peyote Conservation efforts. For example, combining birthdays, saving cleanings, etc. These strategies are being combined with proper harvest, building nurseries and replanting.

Can Peyote be cultivated? Are there benefits & concerns? If Peyote is sourced from outside the US and is brought to a state where it is legal to be cultivated does that pose a challenge to the ongoing conservation efforts?

Read all at the link above….. 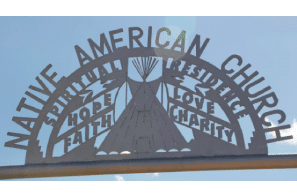