Well, That Was Three Years Fast: Virginia Accelerates Adult Use To July 2021

Things move quickly in the cannabis industry, especially in Virginia apparently. In February, the Virginia General Assembly passed legislation legalizing marijuana for adult use. As we wrote about here, the legalization date was set for January 1, 2024. Governor Ralph Northam (D), however, quickly proposed amendments to fast-track possession and allow limited home grow beginning this summer on July 1, 2021. On April 7, the Democratic-controlled Legislature passed the fast-track legislation, known as  Senate Bill 1406, and Governor Northam signed it two weeks later. Virginia is now the 16th State to legalize marijuana and the most recent state to emphasize social equity.

Some of the highlights of the bill are:

There are still some obvious unanswered questions that will need to be fleshed out in coming months. While possession will be legal in July, it is unclear if Virginia residents will have any local outlets to purchase cannabis for adult use as the law does not explicitly allow existing medical dispensaries to sell to adults. There is also no legal method to purchase seeds for home cultivation and there is some question as to how the four plant limit is squared with the one ounce possession limit. Automatic expungements are dependent on updating computer systems and it’s unclear on the timeline when the initiative will begin.

Despite those unanswered questions, Virginia is moving forward rapidly to make things right. We applaud those efforts. Be sure to follow our blog if you are interested in seeking licenses in Virginia and to stay up to date on this and all other developments concerning the cannabis industry. 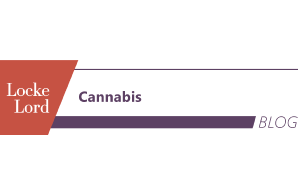