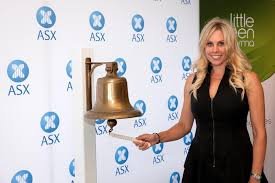 While more mature cannabis grow markets in Canada and the US have worked out that going outdoors is the best option for growing the crop. Cheaper, better for the environment, better product etc it is good to see, as always, that Australian governments are way behind the 8 ball. It looks like Little Green Pharma are doing well in the export market and congratulations to them. But ,how sustainable will this all be in long term unless there is a domestic market that allows people to buy medical cannabis products at a cost that doesn’t leave people in penury.

West Australian medical cannabis producer Little Green Pharma has been given the green light to start growing plants in its expanded South West facility, paving the way for it to be one of the biggest in the country.

Earlier this week the company received its medicinal cannabis cultivation and production permit from the Office of Drug Control to use the bigger facility.

It will be capable of growing enough cannabis flower to produce 110,000 bottles of medicinal cannabis oil a year. In the past quarter alone, the company made $875,000 from 6050 bottles.

“The expanded operation provides Little Green Pharma with the ability to scale-up medicinal cannabis production to meet patient demand, which has been rising through unprecedented sales and patient prescriber growth,” she said.

“We are also making headway exporting our medicine into UK and Germany; having the capacity to produce up to 110,000 bottles of cannabis oil each year gives us and our distributors greater certainty over the security of our supply chain.”

According to the 2019 national drug strategy household survey, released last week, cannabis was the most commonly used illicit drug in 2019, with 11.6 per cent of Australians lighting up in the past 12 months.

It also found attitudes were changing towards its use.

And for the first time ever the level of support for the legalisation of cannabis in Australia surpassed opposition to it, at 41 per cent compared to 37 per cent.

It was also the first time more Australians supported regular cannabis use than regular tobacco smoking; 19.6 per cent compared to 15.4 per cent.

The survey found 6.8 per cent of people who used cannabis only used it for medical purposes, and of those people only 3.9 per cent obtained it by using a prescription.