Who Said The Good Old Days Of Illinois Were Dead! Lots of Cannabis Licenses Go To Rich People & Some Ex Cops

The Chicago Sun Times sums it up in their article entitled

..with an opening list of recipients that will make your hair curl.

First.. as the Sun Times points out officials try and pull the wool over people’s eyes by saying..

The state announced the winners of 79 licenses to grow, infuse and transport marijuana products this week. Officials touted that 67% of the winners identify as nonwhite and 83% qualified for social equity status.

An entrepreneur who sold her snack brand for over a billion dollars.

Pamela Netzky, the co-founder of Skinny Pop popcorn, is partnered in MMXX Ventures LLC, which earned an infusion license. Netzky, a graduate of the tony Latin School in the Gold Coast, sold Skinny Pop’s parent company to the candy maker Hershey in 2017 for $1.6 billion.

Dr. Gary Motykie, a plastic surgeon with offices in Barrington and Beverly Hills, also grabbed an infusion license, along with his partner in Seven Leaves LLC. He didn’t respond to written questions.

Stephanie Biegel, founder of the livestream platform Key, earned a coveted craft cultivation license. She’s listed as the only registered manager of the winning firm, CannEquality LLC, according to records kept by the Illinois secretary of state’s office.

A businessman who sold the state millions of dollars worth of ventilators as the pandemic raged.

Houston-based businessman David Lolis and his partners in Blue Violet Farms LLC were granted a transportation license. Lolis’ other company, Atomic Blue LLC, was a big winner in the state’s scramble to acquire equipment to handle the rising toll of the coronavirus pandemic. Last April, WBEZ reported the firm was at that point the largest beneficiary of that rush, pulling in $13 million for 200 ventilators.

The former police chief in suburban Harvey and at least two other ex-cops.

• Vanguard Security Services LLC is led in part by Eddie Winters, a former state representative who was ousted as Harvey’s police chief last year. Winters, who also worked as a Chicago police officer for over two decades, acknowledged that he previously locked people up for transporting cannabis in his past life.

These are just some of the latest winners of the next round of lucrative licenses for pot-related businesses.

On Monday, the Illinois Department of Agriculture published the winners of 79 licenses to grow, infuse and transport marijuana products. Another 134 companies nabbed licenses but are still finalizing the process.

Keep reading and keep weeping at 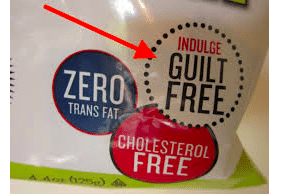