Will Cannabis Finally Get The Insurance Cover It Deserves If SAFE Goes Through?

A bipartisan bill refiled in the Senate on Thursday would give state-legal marijuana businesses greater access to insurance coverage and protect the companies that offer those plans from being punished by federal regulators.

The measure’s introduction comes on the same day that a much-anticipated bill is set to be filed that would increase the cannabis industry’s access to banking services.

Sen. Bob Menendez (D-NJ) is the sponsor of the marijuana insurance legislation, titled the Clarifying Law Around Insurance of Marijuana (CLAIM) Act. Rep. Nydia Velazquez (D-NY) will soon be introducing a companion version in the House, as she did last Congress.

As it stands, cannabis firms are restricted in their ability to gain property, casualty and title insurance coverage. This bill would prohibit penalizing insurance providers for simply covering those businesses, and it would bar insurers from terminating or limiting policies for marijuana companies or ancillary businesses due to the nature of their enterprise. 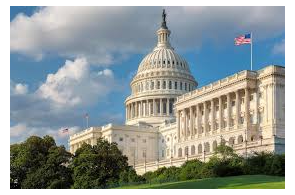