Will Recreational Use Legislation Get Over The Line This Time In Hawaii?

The bill passed first reading this week and is waiting for a potential hearing.

With the state strapped for cash, some Hawaii lawmakers are considering legalizing recreational marijuana. Despite years of similar measures being shot down, some of the state’s top house leaders have signed on this year.

The bill would allow people to have up to an ounce of cannabis. It would also create a process for cultivators to grow and sell marijuana which would then be taxed by the state. State house representative Jeanne Kapela and other lawmakers KITV4 spoke with Friday, believe the move could generate at least $150 million in revenue for the state at a time when the state is in desperate need of money.

“This bill is a bill that will legalize marijuana and tax it that way we can utilize that revenue for essential services which right now in the middle of this budget shortfall are being cut. We should not be furloughing teachers, we should be generating revenue and utilizing this opportunity to allow people to do something that they’ve already been doing and making sure we are no longer going to disproportionately harm the working poor or Native Hawaiian,” Kapela said.

The bill passed first reading this week and is waiting for a potential hearing. Important to note, Governor David Ige does not support the use marijuana for leisure.

People have mixed reactions about the possible legalization of marijuana. Currently, only people with a Department of Health permit can purchase cannabis for medicinal use. At the end of 2020, there were more than 30,000 people in Hawaii with a medical marijuana card.

Aloha Green Apothecary has two locations on Oahu, spokesperson Ty Cheng says they see up to 400 people with medicinal cards per day. If it’s legalized, he believes the dispensary will see three times more local clients.

“I really like what the bills have. I think it’s super important we create a system where there’s social justice for people who’ve been affected negatively by cannabis and the war on drugs here in Hawaii and I think it’s important to get more people in the industry,” Cheng said.

Cheng believes legalization could change the way products are marketed.

“Our current focus is really strains to help alleviate a lot of the symptoms that people face, PTSD, pain or cancer. With the recreational market, you’re looking at more alcohol and tobacco,” Cheng said.
Not everyone agrees legalizing marijuana for adults will make a positive difference. Arkie Koehl with non-profit Mothers Against Drunk Driving Hawaii, says the organization doesn’t have an official stance because there’s not enough research about how marijuana affects an individual but they’re definitely concerned.

“Although the data aren’t in, the evidence is overwhelming the combination of alcohol and drugs of any kind, including marijuana, are lethal on the road ways in the state of Hawaii,” Koehl said. 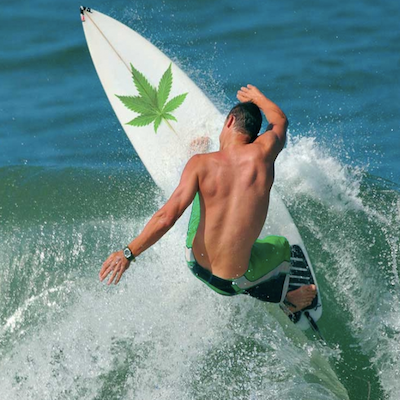