Will The Met Curtail Stop & Search In London?

The Metropolitan police could change how it deals with cannabis possession amid concerns stop and search powers damage community relations, and yield little in the way of illegal drugs.

The move is part of plans drawn up by London’s mayor to ease the race crisis engulfing policing. More potential changes will be unveiled later on Thursday to the way Britain’s biggest force deals with communities in London.

Research starting this month will examine how effective the Met’s pursuit of those suspected of possessing cannabis is in tackling violence in London.

Suspicion of drug possession is the most common reason given by officers when using controversial stop and search powers, with black people more likely to be stopped than white.

But nothing is found in four out of five stops and black youngsters feel it is an excuse to harass them.

The Guardian understands that at least one other major force outside London is considering curbing officers’ ability to use suspicion of drug possession as a reason for a stop and search. 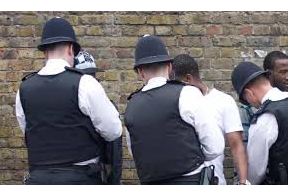