A Cheyenne prosecutor has been publicly censured after the Wyoming Supreme Court found he allowed testimony he knew to be false to be presented in a 2020 hearing.

David Singleton, a senior assistant district attorney in Laramie County, will have to pay around $800 in fees to the bar, but faces no other discipline besides the public reprimand.

According to a release from the Bar on Wednesday, Singleton knew a law enforcement officer’s testimony during a July 2020 preliminary hearing got some of the facts of the case wrong, but did not object to it at the time. The case centered around hemp plants found in a Laramie County barn, which testing showed were below the THC content that would make them illegal in the state.

The court found at that hearing that there wasn’t enough evidence to pursue the charges of cultivating, possessing, and intending to deliver marijuana.

The Board of Professional Responsibility found Wednesday that Singleton had knowingly violated his obligation of candor to the court by not correcting the officer’s testimony and by further muddying the record during a later questioning.

The officer, according to the order of public censure, gave false information overstating the THC content found in plants in the case.

A defense attorney in the case asked the officer to correct his testimony, and later asked Singleton to set the record straight when the hearing resumed several weeks later in August 2020.

At that time, Singleton complained to a judge that it was improper for the defense to ask for the testimony to be corrected. Bar filings state he later recognized it was an attempt to abide by standards of professional responsibility. 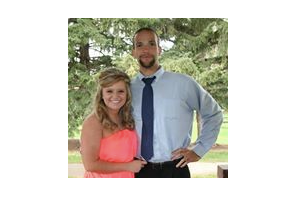