Then there’s the thought he might have a few other things on his mind like how to deal with planet threatening climate change !

Anyway, here’s the latest in the saga as to whether the White House can  legalize cannabis

However, the President can engage in various activities that can influence federal marijuana policies and their enforcement – such as directing the Department of Justice “to exercise its discretion not to prosecute some or all marijuana-related offenses.” Last month, Senators Corey Booker and Elizabeth Warren drafted a letter to US Attorney General Merrick Garland asking him to “initiate the process to decriminalize cannabis.” The Office has not yet provided a response.

The President also possesses the discretion to issue mass pardons and/or to provide general amnesty to a class of people, such as those with criminal records for federal marijuana violations. Earlier this year, dozens of members of Congress signed on to a letter calling for the President to “issue a general pardon to all former, federal, non-violent cannabis offenders in the United States.”

By contrast, on the explicit issue of changing the status of a controlled substance or the punishment for controlled substances offenses, “Congress unquestionably holds the power to amend the CSA to reschedule or deschedule a controlled substance or change applicable penalties.” Several pieces of legislation to do so are currently pending in Congress. Last year, members of the House of Representatives voted in favor of one such bill, The MORE Act, to remove marijuana from the CSA. That language was never taken up by the US Senate.

Commenting on the report, NORML’s Deputy Director Paul Armentano said: “NORML has long argued that the President can set the tone for the national political discussion surrounding marijuana, but that the office lacks the unilateral authority to repeal marijuana prohibition via the stroke of a pen. That authority primarily lies with the 535 members of Congress and sweeping federal changes will likely only occur when a majority of members from both chambers advance legislation to the President’s desk. That is why constituents need to continue to pressure their members of Congress to advance this issue and to support legislative efforts to end the federal criminalization of cannabis.”

Full text of the CRS report – “Does the President Have the Power to Legalize Marijuana?” – is online. NORML’s memorandum, “Federal Marijuana Prohibition Can Only Be Repealed by Descheduling, Not Rescheduling, Cannabis from the Controlled Substances Act,” appears online. 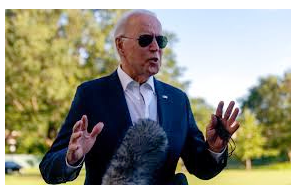