Local media reports say ,” Zambia has legalized the production and export of cannabis for economic and medicinal purposes, the government’s chief spokeswoman said on Monday”

This approval for the export of cannabis was granted at a specially convened cabinet meeting on Dec. 4, spokeswoman Dora Siliya said in a statement.

Media  reports say it is not clear from the statement if the use of cannabis for medicinal purposes in Zambia had been legalized.

Zambia’s motivation is rooted in a hefty fiscal deficit and growing debt burden. Growth in external debt to $10.5 billion at the end of 2018 from $8.74 billion a year earlier has raised fears the country is headed for a debt crisis.

Zambia cut its 2019 growth forecast in September because bad weather had hit crop production and electricity generation while the International Monetary Fund has said growth is likely to remain subdued over the medium term.

Zambian opposition Green Party President Peter Sinkamba, who has been advocating the export of cannabis since 2013, said the move could earn Zambia up to $36 billion annually.

The Zambian government has finally approved a proposal to legalize the production of Marijuana.

The production of Marijuana in Zambia will, however, be restricted to exports and for medical purposes only.

Companies wishing to trade in Marijuana in Zambia will be charged US$250,000 annual license fees.

Only successful bidders will be issued with commercial licenses to grow and trade in Marijuana for exports.

The licenses will be issued by the Ministry of Health while the growth of the crop will be strictly supervised by the Zambia National Service.

The move was unanimously approved during last Wednesday’s cabinet meeting at State House.

This was confirmed by highly placed officials at Cabinet Office who could not be identified as they are not authorized to speak to the media.

“Cabinet approved the Cab Memo submitted by Health Minister Dr Chilufya for Marijuana legalization but for medicinal purposes. What is interested is that during that cabinet meeting, there were attempts by the Ministry of Home Affairs, Ministry of Agriculture working with Ministry of Commerce to take over the whole process of issuing licenses from the Ministry of Health who have been pushing this agenda for some time,” the source said.

“It appears this whole process was backed by some rich organizations and companies who have been promised licenses that is why there was jostling about where the responsibility to administer this would sit, finally a vote was taken and the Ministry of Health won.”

While African cannabis industries have great potential, cannabis remains illegal throughout Africa except for in Lesotho.

“Depending on how properly this is done, this could just change the face of Zambia’s economy,” Sinkamba told Reuters. “This could be a blessing or a curse, like diamonds and gold, depending on the policy direction.”

Siliya said the government had directed the ministry of health to coordinate the issuance of the necessary licenses while a technical committee made up of ministers from a range of departments would come up with guidelines.

Zambia legalises Marijuana growth for exports and for medical purposes only 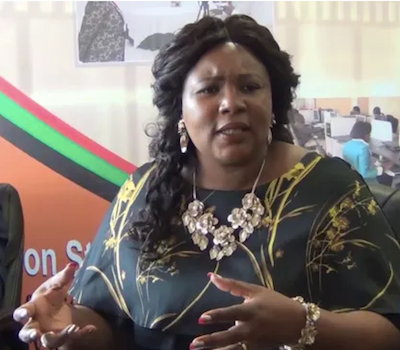