Malta’s… The Shift News reports that the businessman connected with the Aphria Cannabis license deal  Paul Apap Bologna has  also recently testified before the public inquiry board looking into Daphne Caruana Galizia’s assassination, twice, in which he was rapped several times by the judges warning him he was under oath when answering questions on the energy deal linked to the journalist’s death. 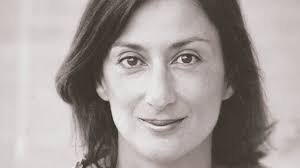 The first licence issued by the government for the production of medical cannabis in Malta has been given to a company drawn to the island by Paul Apap Bologna, the main promoter of the scandalous Electrogas deal. 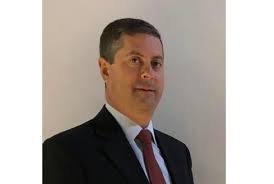 The Shift is informed that Apap Bologna’s pharmaceutical business has already made a killing out of this deal with Canadian firm Aphria Inc. Yet he has stepped down from the board of directors of the Malta registered company that will be using the cannabis licence, Nuuvera Malta Ltd.

The only Maltese now sitting on the board of Nuuvera is Mark Magri, known as Il-Giggs, a former promoter at G7 (an events company) and for years a marketing advisor at the OPM for disgraced former Prime Minister Joseph Muscat.

Research conducted by The Shift shows the Canadian company, which bought into a Maltese company some two years ago, is still operating from premises owned by Apap Bologna’s organisation – Associated Drugs Company in Mriehel.

Asked to confirm his resignation from the board of directors of Nuuvera and explain his departure, Apap Bologna told The Shift that he has stepped down “for personal reasons”. He insisted that he is no longer “a shareholder of the company or any of its associated companies in Malta”.

Aphria’s proposed Nuuvera acquisition is one of the worst looking acquisitions we have seen, and we believe its consummation would represent a near total destruction of capital for Aphria’s [TSE:APH] (OTCQB:APHQF) shareholders.

The self-described “architect” of the Aphria/Nuuvera deal is Andy DeFrancesco, founder of the Delavaco Group. DeFrancesco is credited in his Delavaco executive team bio as being a “founding investor to Aphria, leading all rounds of financing and strategic advisor to the company since inception.”

Despite DeFrancesco apparently representing Aphria as a strategic advisor, we found a document dated less than 1 week prior to the creation of Nuuvera showing that an entity controlled by Ron Schmeichel, Nuuvera’s Chairman and largest shareholder, had entered into a loan agreement with DeFrancesco. Collateral on the loan appears to include real estate recently assessed to be worth about $49 million, suggesting that the loan could be substantial in size. We believe the interrelated nature of these business interests could represent a massive conflict of interest, especially given that Schmeichel stands to personally clear over $71 million from the Nuuvera acquisition (Pg 26). (Also, note that Schmeichel previously served as the Chairman of Concordia Healthcare, a company that had parallels to Valeant Pharmaceuticals (VRX) and saw its share price eventually plummet as issues surfaced with its business model.)

As to Nuuvera’s operations, Nuuvera is a newly formed business that was incorporated only on January 30, 2017, and has generated total revenue of $29,770 from inception to September 30th, 2017 (Pg. 56). (That revenue is in actual dollars, not thousands). The company went public via reverse merger through a shell corporation and listed on the TSX Venture Exchange just months ago in January 2018.

After reviewing Nuuvera’s limited history, we characterize the company’s operations as very preliminary stage. Aside from an estimated $35 million in cash on the balance sheet, we believe the rest of the company is likely too early stage and too speculative to have any meaningful economic value.

Despite the lack of material assets, immediately after its listing, Nuuvera heavily promoted itself through a flurry of press releases announcing numerous preliminary initiatives such as non-binding letters of intent and a “blockchain” partnership with a company run by one of Nuuvera’s own directors.

On January 29, 2018, less than 3 weeks after the company began trading, Aphria announced an offer to acquire the company for $826 million in cash and stock, representing a premium of about 21% over Nuuvera’s trading price at the time.

While the economic rationale for the transaction is hard for us to fathom, the strategic rationale similarly strikes us as totally nonsensical. The lead bullet point from the acquisition announcement on January 29th underscored the desire to capitalize on Nuuvera’s international operations:

At the same time, Apap Bologna confirmed that he is still in business with the medical cannabis company as “Nuuvera currently leases premises from one of our companies”.

Apap Bologna’s departure from Nuuvera’s board of directors signifies a change in his original plans.

In 2018, when the government was being lobbied to change the law and start allowing the production of medical cannabis in Malta, the Electrogas director had confirmed his intention to sit on the local licensees’ board.

While Apap Bologna had told The Times of Malta that industry speculation about his lobbying with Joseph Muscat over the medical cannabis industry was “all hogwash”, he did confirm lobbying for the Canadian company to come to Malta and that he would be “serving as board director”.

Apap Bologna has recently testified before the public inquiry board looking into Daphne Caruana Galizia’s assassination, twice, in which he was rapped several times by the judges warning him he was under oath when answering questions on the energy deal linked to the journalist’s death.

Aphria Inc, the Canadian company Apap Bologna drew to Malta, is listed on the stock exchange and as such sensitive to any negative publicity in a high profile case that may have an impact on its standing and operations.

Asked to explain why it did not wish Apap Bologna to continue serving on the board of its Malta cannabis company, a spokesman for the Ontario-based company declined to reply.

In its announcement last week about the Medicines Authority giving its first ever green light to a medical cannabis facility in Malta, the government avoided mentioning the Malta company receiving the licence and only mentioned the Canadian company.

The association between Apap Bologna and Aphria Inc goes back to a few months before the Maltese government started its process to change legislation and allow medical cannabis production in Malta.

Just a few weeks before parliament passed the necessary legislation, the Canadian firm announced that it had bought AGS Pharma Ltd – a Maltese registered company – to use for its local cannabis business.

The firm was sold for €5 million and it operated from Apap Bologna’s offices in Mriehel. Its auditors were Nexia BT. 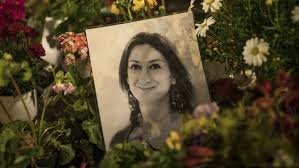