The website interviews Cannabiz, Medcan Australia managing director Craig Cochran who says some vaguely interesting things but what’s his beef with “stoner hippies” who pop up throughout the article as the example of  the wrong type of person to be using cannabis. 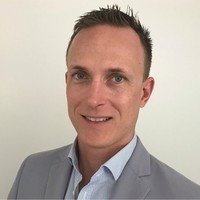 Beware Stoner Hippies They Are The Wreckers Of Civilization

Can we just remind Mr Cochran that stoner hippies and other ostracized types have spent nigh on the last 60 years preparing the ground for the likes of you to swan around in suits and wax lyrical about how great it is that now barristers and other professionals use medical cannabis.  (By the way a lot of them always did before you came along!)

Thus the argument runs that medical weed used by professionals and produced by a listed company is good whereas a stoner hippy growing his or her own weed  to smoke for pleasure is by its very nature is a negative thing.

The established medical cannabis industry in Australia really is quite a depressing place.

It’s OK for the following to get off their gourd with “medical cannabis”…. To illustrate the inaccuracies of the stoner image, Cochran lists doctors, lawyers and barristers among the professional cohort who use Medcan’s flower products, which make up 75% of its sales.

But the Stoner Hippy that’s a different matter !

There has always been this stigma around cannabis flower, the image of the ‘stoner hippie’. But it’s just not like that. That is not the type of people who use the product.”

Here at CLR we say what’s wrong with Stoner Hippies

“They want to be able to use their medicine in a way that is more socially acceptable, where they can use a vaporiser as opposed to rolling and smoking a joint.”

Cochran adds, pointedly: “There has always been this stigma around cannabis flower, the image of the ‘stoner hippie’. But it’s just not like that. That is not the type of people who use the product.”

Furthermore, illicit users only familiar with smoking cannabis are unlikely to have been exposed to the well-being benefits of quality oil products, he says.

Those who transition to a legal pathway will not only benefit from vaporising, rather than smoking dried flower, they can also be introduced to oil to assist with the “maintenance” previously mentioned by Cochran. That, in turn, may reduce their historical over-reliance on flower, he points out.

To illustrate the inaccuracies of the stoner image, Cochran lists doctors, lawyers and barristers among the professional cohort who use Medcan’s flower products, which make up 75% of its sales.

“If a barrister gets chronic headaches and the only thing that works is vaporising dried flower, that is what they will do,” he says. “And if that barrister goes to his GP and says I want to vaporise dry flower because it works, the GP’s duty of care is to think, ‘if this works, and nothing else does, I should have a look at it’.”

But as long as medical bodies like the Faculty of Pain Medicine pour scorn on medicinal cannabis, the job of eradicating negative perceptions and outright discrimination will never be over.

And it’s a fact not lost on Cochran.

“Of course there are doctors who will just say no to flower. There are certain clinics in Australia which just say, ‘no, we won’t prescribe dried flower’,” he says. 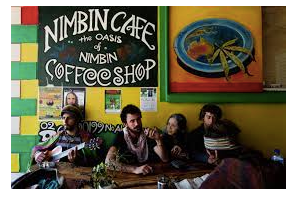