If you have been following this story of the tussle between authorities and growers on Navajo nation land over the last six – eight weeks?

One of the revelations of the ongoing legal fight has been the number of Chinese immigrant workers being used on these farms, which, we suggest, may well be a microcosm of what is happening in the industry nationwide.

Dare we say that many growers idea of diversity in the workforce is actually more like a Steinbeck novel filled with Chinese immigrants who have little or no recourse to the law.

Joining them were scores of foreign workers — an estimated 1,000 people, many of them Chinese immigrants brought to New Mexico from Los Angeles, according to Navajo Nation police Chief Phillip Francisco.

Seven-foot-tall black fencing shields the activities inside the greenhouses, but farmworkers, neighbors and law enforcement officers have provided an inside view to Searchlight New Mexico.

“Some of the Chinese carry guns,” said Darren Gipson, 19, one of seven farmworkers interviewed by Searchlight. “One time a couple of them got into a knife fight. We just basically do what they tell us and keep to ourselves.”

The cannabis crews arrived in Shiprock last year, at the invitation of the local farm board president, a charismatic and divisive political figure named Dineh Benally.

Together, they leased plot after plot of traditional farmland for what they said was an economic development project. The land now totals more than 400 acres, according to the Bureau of Indian Affairs.

The crops, according to Benally, are merely hemp plants — a type of cannabis that is grown for its fiber and processed into over-the-counter health products. Hemp, a common agricultural crop, looks and smells identical to regular marijuana but contains only trace amounts of psychoactive THC.

But according to the seven employees interviewed by Searchlight, the farms are not only growing hemp: They’re also producing high-powered, black-market marijuana. 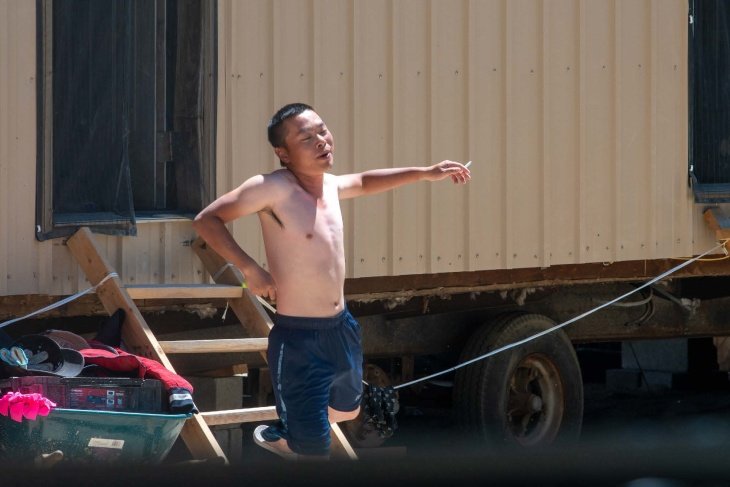