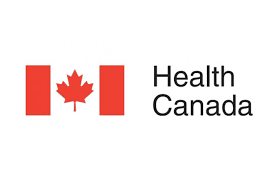 Sort of says it all really ! Canada’s the Guardian reports….

Only about half of all applications for security clearance by cannabis company executives have been granted by the government’s watchdog in charge of keeping criminals and gangsters out of the legal marijuana industry.

Of those, a little more than half — 3,433 — have been granted, allowing the applicants to remain as directors or officers of a company involved in the legal cultivation, processing or sale of cannabis.

Another 1,000 withdrew their applications before a decision was finalized. Details of why they were withdrawn are not available.

John Conroy, a veteran B.C. lawyer who has fought for marijuana reform for more than 20 years, and who represents Dasilva and Wojcik in their fight for a security clearance, said the government’s approach is misguided.

“The government has made this huge mistake of doing these security clearances to push out the existing industry to compete with them, even though they claim they are doing all this to legalize and to bring everybody in,” Conroy said in an interview.

The government “created a new industry — that’s failing — instead of bringing in the existing industry.

“You have a police mentality that they’ve used in this process. They should transition a lot of the traditional craft growers in instead of pushing them out.”

Conroy compared it to alcohol bootleggers at end of Prohibition in the 1920s in Canada and the 1930s in the United States.