We will get to the report in a moment about the Tasmanian state governments attitude to a cancer patient over medical cannabis prescriptions but first let’s hark all the way back to 2016 when they were all gung ho  about making money from medical cannabis .

Let’s also not forget that this state government is quite happy to rake in tax dollars working with one of the largest legalized opiates dealers on the planet causing 100,000’s around the world misery.

Canadians Dump Tasmania Grow Investment & Will Import Product – “We can bring it in a lot cheaper from overseas than you can grow it here,”

So… when we read this report via Cannabiz we can’t say that we are surprised. At long last it is good to see some righteous anger on the subject although we expect to see a sum total of zero change in the state until the current government is turfed out and replaced by members of the human race.

Cannabis introduce their report by writing

Tasmanian daily newspaper The Mercury has slammed the state government’s response to a plea from a dying cancer patient for better access to medicinal cannabis as “patronising, insulting and dangerously wrong”.

In a blistering editorial, the paper describes how the “articulate and rational case” made by 75-year-old Peter Fielding about the lack of availability of medicinal cannabis in Tasmania was met with a “cold bureaucratic response” by the government.

After sending its sympathies to Mr Fielding, a government spokesman described medical cannabis products as unproven.

He said: “The Controlled Access Scheme allows Tasmanians with a serious illness, which has not responded to conventional therapies, to access unproven medical cannabis products when prescribed by a suitably qualified relevant medical specialist.”

The Mercury summed up the message as “we are going to continue our prejudice against cannabis”.

Mr Fielding told the paper that after he was able to access medicinal cannabis through a friend, his condition improved dramatically. 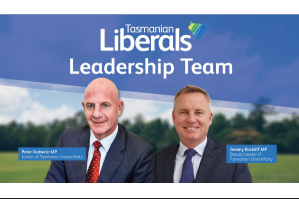