It all seems to be going wrong at Cann Group this week..

Cohen resigned before Christmas having joined Cann in April 2022 after stints with FreshLeaf Analytics, Cannabiz – where he was editor-at-large – and his own consultancy.

Writing on LinkedIn, he said: “While I’m sad to be leaving, I feel now is the right time to expand my focus onto other drug policy issues in addition to medicinal cannabis.

“The transformation of Australia’s medicinal cannabis framework that I’ve witnessed in my seven years working in the industry has been astounding. [Although] there are still many challenges facing patients, it’s humbling to look back on how far we’ve come.

“But while tens of thousands of Australians are now legally accessing medicinal cannabis every year, just as many, if not more, are being arrested and dragged through the courts simply for possessing small amounts of cannabis for personal use.

“We spend nearly A$2 billion every year criminalising cannabis, while at the same time thousands of Australians using other drugs tragically lose their lives to overdoses that could have been prevented through implementing evidence-based drug policies.

“Our priorities are backwards and that needs to change, so I’m excited to work for an organisation dedicated to making that change happen.” 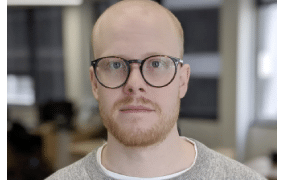